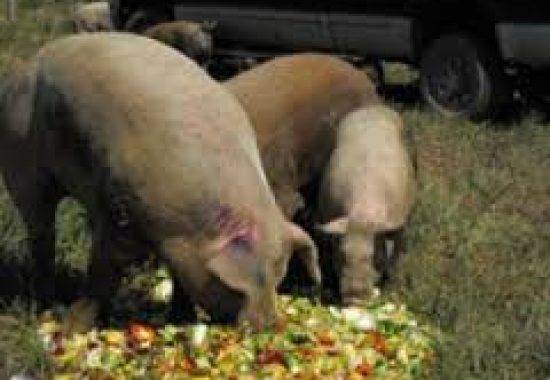 As a freshman studying business and music, I wasn’t sure exactly sure what to expect when I began my four years at Berkeley. Everything changed when I joined several different communities on campus: the jazz band, CAL Dragon Boat, and FEED. FEED, an undergraduate consulting club that promotes food justice and sustainability, assigned me to a project team that would be working with Outside2Inside. Our goal was to research and implement the conversion of food waste into animal feed. The first few months our work was almost entirely composed of research. Specifically, we looked into the most common farm animals and their diets, researched the legalities behind food waste, and explored the various processes that can be used to convert food waste into animal feed. While the latter topic was by far the most complex, it was also one of the most interesting subjects to research.

During our research, we discovered that treatment methods for converting food waste into animal feed can be grouped into three main categories: wet-based, dry-based, and ensiliing/fermentation. After exploring each of these categories, we came to the conclusion that dehydration and ensiling processes are the best methods for converting produce waste into animal feed because they can be used on a wide range of produce, do not lead to significant nutrient loss, preserve perishable product for long-term storage, and are low-cost options that can be performed on a smaller scale. We also found that these options are especially suitable for apples, bananas, grapes, tomatoes, and brewers grain.

However, the conversion of animal feed into food waste was especially fascinating to me because there was no clear-but best method. Each process has its pros and cons, some creating waste of their own such as plastic or wooden bales and other releasing toxic gases. For example dehydration was an effective and resourceful conversion method but it lacked the ability to convert large amounts of food waste and only accepted certain types of waste (i.e. no bones of avocado pits). On the other hand, ensiling could convert large amounts of grass crops but produced toxic gasses. Unlike dehydration whiantach could be performed overnight, ensiling has the potential to take weeks to become edible. This trade-off was fascinating in the sense that it forces each company to consider their own output of waste and potential to purchase conversion equipment.

While gaining a comprehensive understanding of these converters required time and thorough research, we had the opportunity to take on the role of consultants as we considered the advantages and disadvantages of each method and worked towards formulating suggestions grounded in accurate information.